The $6 Trillion Difference in Tax Policies 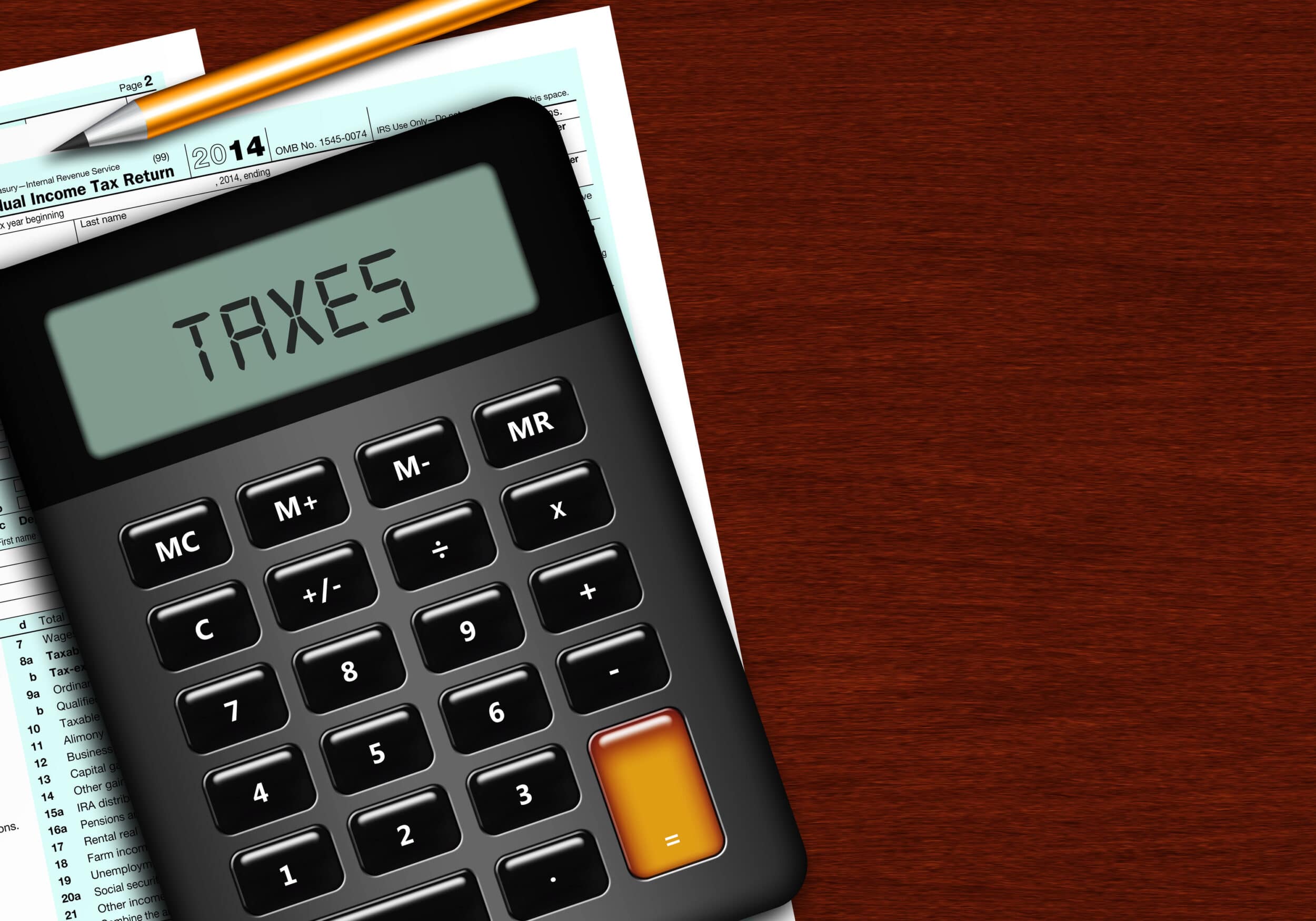 There are enormous differences between the two Presidential candidates for Election Day 2020, Trump versus Biden. Perhaps the biggest difference boils down to their very different tax policies.

In fact, it amounts to a $6.3 trillion difference over the next decade!

President Trump maintains that the biggest achievement in his first term was the 2017 Tax Cuts and Jobs Act (TCJA), which lowered taxes on both businesses and individuals while at the same time ballooning America’s budget deficit.

Not only does Trump want to maintain the 2017 tax cuts but expand them in a second term. Perhaps by as much as $2 trillion.

Democratic candidate, Joe Biden would keep some of the 2017 tax cuts for middle-class households but would also raise taxes sharply on both corporations and on households making more than $400,000 a year.

Biden’s goal is to raise $3 to $4 trillion dollars to help fund his plans to boost education, healthcare, and environmental spending programs. According to Biden’s more detailed plans, overall taxes could be raised by $4.3 trillion.

That’s a huge $6.3 trillion difference between the opposing plans, which amounts to nearly HALF of America’s entire economic output in a year!

The bulk of the tax breaks for individuals that Trump enacted in the TCJA of 2017 will lapse after 2025. Trump wants to extend these cuts. He has also called on Congress to forgive any payroll taxes that are deferred this year.

Biden, on the other hand, would keep some tax cuts that Trump signed into law in 2017, but only for households making less than $400,000 a year. Biden’s plan would also preserve the larger standard tax deductions plus the child tax credit.

However, Biden wants to reinstate the individual mandate to purchase health insurance, which the U.S. Supreme Court ruled was a tax, but which his own campaign describes as a fee.

Biden has also proposed multiple tax increases on high-income households and individuals. Under his plan, the top income tax brackets would pay a lot more. Biden’s plan includes a top individual tax rate of 39.6%, up from 37% today.

He would also expand the 12.4% Social Security payroll tax. Currently, wage earnings above $137,700 are exempt from this Social Security tax. Biden would keep that cap in place, but also restart the tax again on wages above $400,000.

Balancing out these tax increases on the wealthy, Biden also has proposed tax cuts that would benefit both middle- and upper-income folks, too.

He intends to repeal the $10,000 cap on state and local tax deductions, that was changed in the 2017 TCJA, which actually raised taxes on many high-income households, especially in high-tax states like New York, New Jersey, and California. 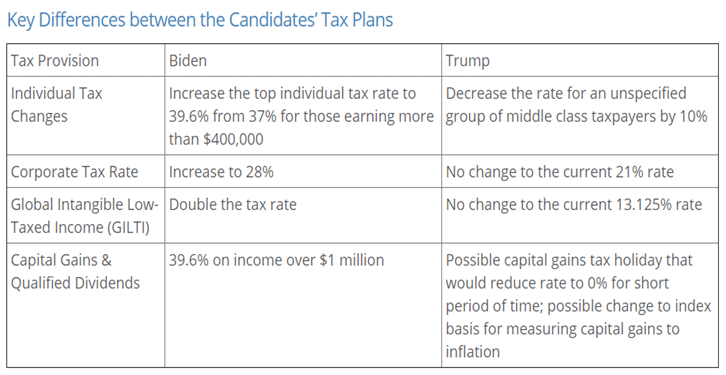 Trump also wants to expand the cap-gains tax break for opportunity zones. This would expand the program he enacted in the 2017 tax law that offers capital gains tax breaks for investments in low income areas.

Biden, on the other hand, would limit the opportunity zone program, aiming to ensure low income residents benefit from the plan. As for individual capital gains, the top rate would nearly double under Biden’s plan, to 39.6%, up from 23.8% now. Biden’s plan would also impose new taxes on estate inheritance.

Current law allows estate assets with unrealized capital gains to be passed on to heirs, with income taxes paid only on gains in value after the original owner’s death, and only when they sell.

Under Biden’s new proposal, any unrealized gains would be taxed as capital gains immediately upon death. The intent is to raise more money and discourage people from holding on to assets for tax reasons.

In Trump’s first term, the corporate tax rate was reduced from 35% down to just 21% and the 2017 TCJA made it easier for businesses to deduct capital investment costs. There was also a limited time tax break for corporations to bring home their overseas profits.

Biden says the TCJA cut taxes too much. And about 40% of the additional revenues he is aiming to raise with his own plan comes directly from raising corporate taxes.

He would raise the corporate tax rate back up to 28% from 21% now and impose a new minimum tax on U.S. companies. Biden would also raise taxes on the foreign income many US based multinational businesses earn.

Both candidates are in rare agreement on backing a plan to create tax incentives to encourage more domestic manufacturing. But for big U.S. corporations, there is a lot at stake between the two opposing tax plans.

Bottom line: Trump is campaigning on the status quo. That is, the economy is better today than four years ago thanks to his Tax Cuts and Jobs Act of 2017. Or at least it WAS before COVID brought the US economy to a screeching halt.

His plan is grounded in the faith that LESS (taxes) is MORE (growth and prosperity). Trump would extend and expand on his 2017 tax policies.

Biden is campaigning on a belief that America’s income inequality can and should be addressed with more progressive tax policies. He is willing to admit that these policies could slow growth in the short term.

But that the tax increases are paying for more productive investments in education, infrastructure and climate policy, the long run benefits of which are well worth whatever economic drag they might create near-term.

On November 3rd, it will be up to American voters to decide which philosophy to follow over the next four years. To learn more about how TSP Family Office can help you navigate your tax strategy, call us at (772) 257-7888. Trump vs. Biden: What You Need to Consider on November 4th